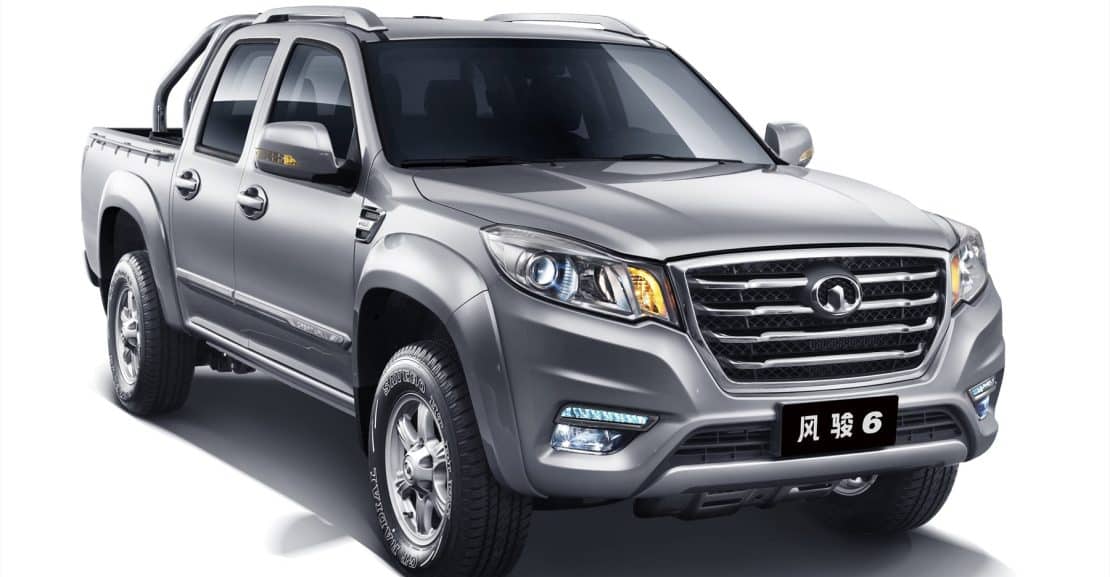 GWM South Africa’s recently launched TV campaign* tells the story of a brand that has embarked on a very human journey. Using sport as a central theme, the blood, sweat and tears that it takes an athlete to reach the top, is shown to also apply to the business world. GWM, in China, South Africa and elsewhere, is currently putting in place all the building blocks that will ensure it a prominent place in the global automotive market. After all, hard work – the blood, sweat and tears – always pays off…

Following the groundwork done in 2013 and during the first half of 2014, GWM is now perferctly positioned for even stronger growth in the immediate future. The company’s volume goals are well-publicised – GWM aims to manufacture 1,5 million vehicles by 2015 and to sell 1,3 million.

Located near the city of Baoding in China, GWM’s new Xushui facility started producing the company’s flagship Haval H8 in November 2013. The planned production capacity at the plant is 500 000 units per year, growing to 800 000 as more phases are completed. Xushui also manufactures the new H2 compact crossover and H9 body on frame SUV, among other new products planned.

Spanning an area of some 3,48 million square metres and requiring a total investment of 16,2 billion yuan (R28,2 billion), the base will be constructed in two phases. The launched projects include Phase 1 of the vehicle plant, the high-speed circuit, the test field, the logistics centre and seven parts projects.

A unique characteristic of the plant is its high-tech perimeter test circuit, the first of its kind in China. The test track, designed by Spain’s IDIADA, and the result of a 300 million yuan (R523 million) investment, allows for testing at speeds of up to 270 km/h.

GWM’s ambitions to be a global force demands the construction of manufacturing facilities in big, growing markets where it makes logistical and financial sense to do so. The recent foundation-laying ceremony in Russia for its new Tula Oblast full-process manufacturing facility is therefore an important moment in the brand’s evolution. Russia is Europe’s second-largest car market.

Entirely funded by GWM, the Russian facility will build 150 000 vehicles per annum.

Investment into Research and Development

GWM achieved industry-leading levels of profitability during 2013, the result of not only keeping costs down, but also through finetuning of existing product lines to increase their desirability (and sales) in the marketplace.

This profitability has allowed GWM to invest into its own future – GWM is independent and, therefore, unlike the state-owned or joint-venture companies, does not have to endure the profit-sharing and bureacracy that often plague such ventures.

Consequently, GWM has invested heavily in R&D with the aim of ensuring future growth and competitiveness. At the brand’s third Science and Technology Festival Chairman Wei Jianjun said, “GWM invested 3 billion yuan (R5,2 billion) in hard- and software of the new technical centre in the ‘eleventh five-year’ period and planned to invest 5 billion yuan (R8,7 billion) in the ‘twelfth five-year’ period. With a floor area of 260 000 square meters, the new technical centre in Baoding can accommodate more than 7 000 people, and the equipment and hardware facilities will be to the highest international standards. The technical centre will go into operation by the end of this year.

Design plays an increasingly important role in driving brand appeal and, ultimately, sales. To this end GWM has focused on recruiting some of the top design talent available in the world, and currently boasts a multi-national team of designers to work across its fast-expanding product portfolio.

Leading the design team is the highly acclaimed Pierre Leclercq, formerly in charge of BMW’s M division in Munich, who has joined GWM as vice president and head of design, reporting directly to chairman Wei Jianjun.

Belgian born Leclercq leads a team of no fewer than 130 designers in Baoding (where GWM’s headquarters are) as well as a smaller team based in the company’s Shanghai design studio.

Speaking about his decision to join GWM, Leclercq stated that GWM has shown enormous potential and that Chairman Wei has a very clear and focused strategy to achieve ambitious goals. The first result of Leclercq joining GWM was unveiled at the Beijing Auto Show, in the shape of the very striking Haval Coupe Concept.

GWM’s outstanding business performance has been recognised by analysts and the media. It was ranked “1st among China’s Top 100 Listed Companies” by a listed company evaluation group composed of entities such as China United International Holdings Co., Ltd. and the State-owned Assets Supervision and Administration Commission of the State Council.

GWM was also listed among “2014 Hurun China’s 10 Characteristic Brands” – first among automakers, as well as being ranked as the 17th Most Valuable Private Brand. Furthermore, among Chinese automakers, only GWM, SAIC Motor and DFMC made the Forbes Global 1000 list released this year.

But perhaps most impressively, GWM’s growing reputation as a brand on the move gathered further momentum recently when it was included by the world’s leading brand consultancy agency, Interbrand, in its Top 50 “Most Valuable Chinese Brands” listing for a third time.

According to Interbrand, GWM has registered a value growth rate of 61 per cent! GWM and Dongfeng were the only automotive companies to make the list, compiled using the financial data audited by an independent third party, as well as consumer studies and market data.

What will the future bring?

With the completion of these vital manufacturing and research facilities, GWM shifts its attention to introducing a raft of new products in the coming months. In China, the Haval H8 flagship model has been revealed (look out for it in the new Sylvester Stallone blockbuster, Expendables 3), followed quickly by the H2 compact crossover, H9 body-on-frame SUV and more. The SUV and crossover segments remain growth drivers and soon GWM will be able to offer a full range of such vehicles, some of which will undoubtedly make their way to South Africa.

And what about the local market? Already there is reason to celebrate – the recently announced price reduction across the model range comes as a result of the greater efficiencies of scale brought by the investment of listed company Super Group earlier this year. But big things are on the horizon in terms of new product… GWM will introduce a number of key new models in the last quarter of the year, including its eagerly anticipated Steed 6 leisure double cab, and vital new derivatives in the Steed 5 line-up. Expect a few surprise additions on the SUV front, too…