Isuzu Announced as Title Sponsor for the 2018 Ironman 70.3 World Championship 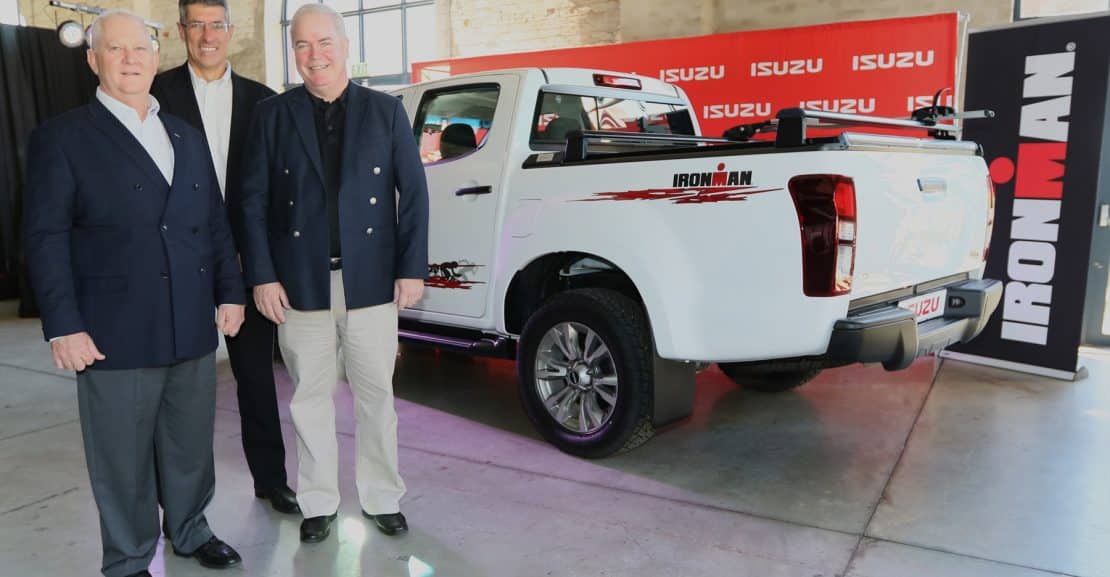 IRONMAN, a Wanda Sports Holdings company, is proud to announce that Isuzu will be the title sponsor for the 2018 IRONMAN® 70.3® World Championship taking place on Saturday and Sunday, September 1and 2, 2018 in Nelson Mandela Bay.

“We are thrilled to bring on Isuzu for our IRONMAN 70.3 World Championship event,” said Diana Bertsch, Vice President of World Championships for IRONMAN. “IRONMAN has a long-standing relationship with Isuzu in South Africa and we are thrilled to expand that to our pinnacle event in the IRONMAN 70.3 series while putting Nelson Mandela Bay on the world stage. We look forward to September and what is set to be a history-making weekend.”

IRONMAN and Isuzu expand their partnership this year as both celebrate anniversaries. IRONMAN’s 40 Years of Dreams campaign is in full swing, celebrating the 40th Anniversary of the race that started it all on the shores of Oahu, Hawai’i, in 1978. Likewise, Isuzu also celebrates 40 years of vehicle production in South Africa.

“The support of the IRONMAN 70.3 World Championship strengthened the alignment which the company already had as the Official Vehicle Partner for the Standard Bank IRONMAN African Championships, also held in Nelson Mandela Bay every year. The partnership opportunity is particularly exciting as it coincides with Isuzu’s own milestone – 40 years of Isuzu bakkie production in South Africa,” said Craig Uren, Executive Officer, Sales, Service and Marketing for Isuzu. “Our partnership with IRONMAN is aligned to the attributes of our vehicles which include outstanding endurance, durability, reliability and capability. While thousands of athletes have crossed IRONMAN and IRONMAN 70.3 finish lines in South Africa, more than 600,000 bakkies have been built, representing six enduring generations of product. In fact, in support of this we will be launching a special, limited-edition IRONMAN Isuzu bakkie,” said Uren.

Athletes at the 2018 Isuzu IRONMAN 70.3 World Championship will take on a 1.2-mile (1.9 km) swim at Kings Beach, followed by a 56-mile (90 km) bike through town heading towards Seaview and returning to transition at Hobie Beach. Capping the triathlon off will be a 13.1-mile (21 km) run along Marine Drive. The run will bring athletes closer to their family and friends pushing them through the finish on a high with 50,000-plus spectators cheering them home during the two days of racing.

“International events such as the IRONMAN 70.3 World Championship boost the local economy through increased tourism,” said Michael Sacke, Chief Executive Officer and Managing Director for Isuzu. “Isuzu is keen to play its part in the economic development, growth and transformation of the country. Partnering with IRONMAN to make this event possible is evidence of our commitment to the city and the country.”